The value of a diamond transcends the usual boundaries of worth. They are precious not only in their scarcity and financial value but also in their intrinsic link with emotions and sentiment.

Treasures of love, status, and commitment, their formations seem almost miraculous. The mind stirs at the thought of the man who first saw an uncut diamond and realized its potential.

Diamonds are made from the most vastly present element on earth: carbon. An element swelling in every cell of every living thing. It is less the chemical X’s and Y’s of a diamond that makes it so precious; rather it is the seemingly impossible conditions required for its creation.

It calls for extremely high temperatures and immense pressure for carbon’s structure to become permanently altered and become a diamond.

Diamonds are pushed to the surface by nature or extracted by force. They do not emerge the twinkling gems that we hold dear, rather, it is the combination of the power of nature and the craftsmanship of man that release the sparkling possibilities within each stone.

It is only after being sophisticatedly cut and vigorously polished that a diamond’s inner brilliance can shine.

Where Did It Begin?

The first recorded appearance of a diamond is thought to be in the 4th century BC. Spotted in the dark streams of India, their scarcity called for only the richest to acquire them.

One of the greatest diamond discoveries to date remains the mining and cutting of the ‘Koh-i-Noor’. Translating from Persian as ‘Mountain of Light’, the Koh-i-Noor sits at 105.6 carats and is now part of the British crown jewels after being ceded to Queen Victoria in the British conquests of Punjab.

Despite being re-cut in the 1800’s, the oval shape and sublime facets of the Koh-i-Noor, combined with its rich history, make it one of the most significant and outstanding diamond discoveries to date.

Not only conquests, but the advent of trade between the west and the subcontinent allowed these diamonds to make their way to Europe. They were then sold to the wealthy members of society and quickly hailed as a sign of power and status.

India’s diamond supply had exhausted around the 1700s and now explorers had to shift their attention to other parts of the globe.

From East to West and Back Again…

In search of diamonds, mankind stumbled upon Brazil. Rife with rebellion, political complication and social unease, the rich source of Brazil was soon tapped, and as the demand for diamonds grew, the procurers changed.

After the first large-scale mining process in Kimberly, South Africa, the true power, violence, and greed became evident with diamonds at the center of many of the conflicts.

Since then, the consideration and understanding of a diamonds origin has become paramount for traders and dealers across the globe. 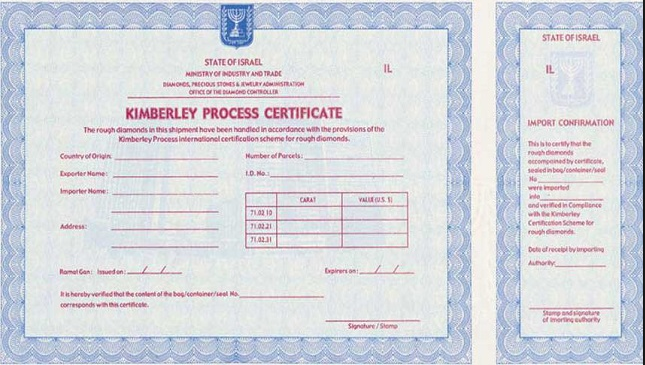 Give Them a Little…But Not Too Much

The elite classes continued to crave the allure of a diamond. The frenzied approach to vast mining operations led to a flooding of the diamond market. Fearing the magic would diminish, and capitalizing on the world’s captivation with the stone, Cecil J. Rhodes founded De Beers.

De Beers controlled and moderated the majority of the world’s diamond supplies, ensuring the market was not saturated, and the quality of cutting and mining continued at a steady and majestic rate.

While their monopoly on the market has since diminished, De Beers continues to be the world leaders in diamond trading, boasting some of the world’s most rare and valuable stones.

A Diamond is Forever

It is now perhaps the worst kept secret in the world of diamonds that the tradition of an engagement ring started at the hands of De Beers. Initially used as a clever marketing scheme, De Beers equated the longevity of the diamond to that of a marriage. 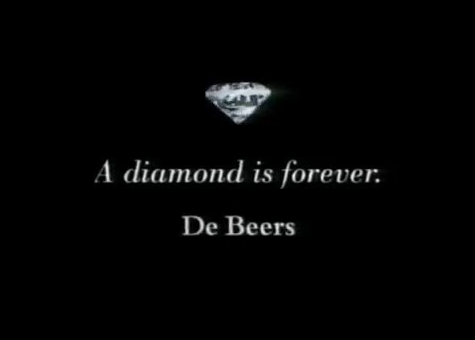 Coining the now famous term ‘a diamond is forever’, De Beers successfully redefined the rules of engagement in one of the most successful advertising campaigns in history.

The offering of a ring has been used for centuries to make friendship or affection. The Romans wore them on the third finger of the left hand.

This specific placement was highly paramount to their beliefs as it was believed that the ‘vena amorous’, a vein in the finger was directly connected to the heart.

While a ring is steeped in history, it is De Beers who brought the sparkle of a diamond into our romances. Their pioneering campaign also highlighted the importance of well cut, high-quality diamonds, offering consumers the chance to learn and understand the four Cs for themselves.

A diamond’s strength, the time it takes to form and its journey towards brilliance tells a tale of endurance and history. Like all the greatest things in this world, they take time and patience…but as a result, reach new levels of beauty and perfection.