Diamonds remain as precious and coveted as always, and as a result the debates of which areas should be attributed to their perfection burn vibrantly.

Should it be areas with the most number of diamond mines, the city where diamond trade reigns supreme or perhaps where most diamonds are cut?

It’s fair to think that they all play a significant role, but flagship titles are hard earned in the world of diamonds. 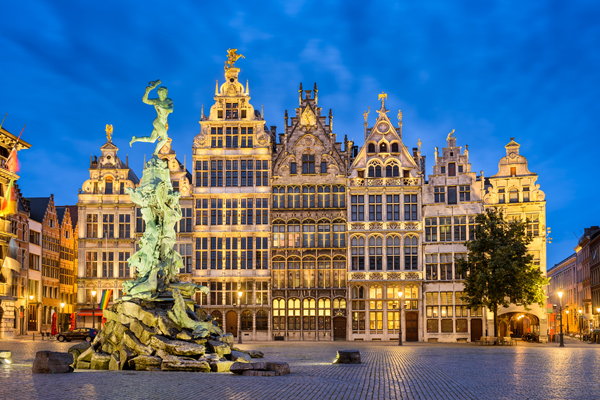 Antwerp is most commonly known as the ‘diamond capital’. Though it is no longer known for having the largest population of diamond cutters, it does hold a powerful position in the trade process. It is home to large diamond markets that specialize exclusively in rough and polished diamonds.

Antwerp’s significance in the diamond market dates back as far as the 15th century when it had begun to conduct diamond trade. A century later, Antwerp expanded to other domains such as crafting and cutting of diamonds. The uncut stones would be brought into the city through trade routes that passed Venice and Lisbon. These cities were wrapped in romance and sparked with inherent demand for diamonds.

These stones were then crafted and cut by professionals who made a name for themselves as masters of the trade. By becoming the center of the diamond world and home to the finest craftsmen and diamond cutters, Antwerp gained an exceptional reputation.

When India’s rich diamond supply was diminished in the 1700’s, so followed huge operations and excavations across South Africa and Brazil. As the diamond supply increased, so too did the demand for skilled diamond cutters. Antwerp dusted its hands, and rose to the challenge offering quality and skilled labour to cope with the feverish demand of the stones.

The vast population of expert diamond cutters in Antwerp allowed further trade to develop in the city. In the late 1800s, many dealers had made their way to Antwerp and the rate of trade conducted in the city had increased drastically. With factions forming within Antwerp, it became a natural hub for diamond traders.

With over 48 Billion USD worth of diamonds being imported to and exported from Antwerp and the inconceivable weight of the traded diamonds reaching 202 million carats, the sheer power of Antwerp’s grip on the diamond globe is as clear as the stones themselves. It remains a hotspot for diamond enthusiasts and travellers alike, who may wander the paths of Antwerp’s beguiling diamond district and ponder the centuries of brilliance that have placed Antwerp firmly on the diamond map.

The jewel in Antwerp’s crown is known as the Lesotho Promise. It leaves a mark in history as being the largest diamond that has been discovered. The Lesotho Promise weighs 603 carats and is a D on the color scale. Its profile and finish mark the pinnacle of diamond perfection. Its worth was held to be 12.36 million USD in 2006, the year it was sold in Antwerp’s diamond market. A legacy, a turning point in history, and a sight to behold.